on February 10, 2020
Let’s talk about how we deal with conflict. Or, in general just how we deal with problems or “threats” coming against us. It can be in a physical form, like a punch or a kick, it can be somebody threatening you verbally or it can even an unexpected turn of events in your life. In this aspect it’s the same. It’s perceived as a treat and it creates more or less stress to your system.

Imagine that you are protected by your three brothers. Three guys that whatever threat you are faced with, has to pass. 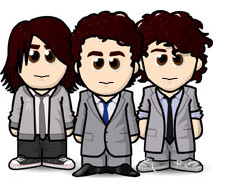 The first guy is rather small looking mostly very quiet. He doesn’t seem like much, and almost always, he just let’s things pass. But don’t get him wrong. He has a very particular set of skills, but they only show out if it’s a matter of life and death.

The second guy is rather sexy looking and he has all the social skills. However he is quite obsessed with his looks so he is quite easily offended.

The third guy is the clever of them. He is far from flamboyant, even a little boring, mostly doing the right thing. All he cares about is making the smart decisions. His problem is however that he’s rather slow. He needs time to analyse and weigh the pros and cons before he makes up his mind. His other problem is that he’s not that loud and when he’s with his brothers, Mr. Good looking often has the final say as he is the loudest one. He’s smaller brother is typically not bothered at all. He finds most problems to inferior to deal with.

Now, if we didn’t have Mr. Good-looking life would be very dull. He brings colours to your life.
He has a way of getting into trouble though, so keep him on a short leash.

Mr. Clever is who we really want advice from, cause if we we give him time, he’s mostly right.

But, if the two of them can’t work it out - Mr. Quiet has your back!

Of cause this is an analogy for tree parts of your brain. The lizzard-, the monkey- and the human brain as described by Sgt. Rory Miller in his book ConCom.