on February 23, 2020
Maybe you've heard yourself say something like: "I feel people are just putting me into this box of people who are just like...".

Of cause we're all guilty of labeling people.

He's a golfer, he's prejudiced, he's a racist, he's one of those people who are always angry, she's always late, he's a procrastinator, he's a good guy...

Possibly in an effort to understand the world through the groupings but mainly as a way of justifying our own actions.

These labels are used frequently in arguments putting the opponent in a box of stupid or dubious people making your own case stronger. 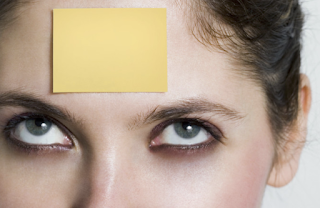 The issue with feeling like people are putting you in a box is that you are victimising yourself.

Using my own example...
I grew up in a small village in the far west side of Jutland, Denmark, with a population of  around 3000 people. Everybody was playing football and that was about the only thing you could really do besides school. I tried for some years but I was just not very good at the game, so I stopped. I was around seven then. I started playing the piano, which put me en route to becoming a music producer, but that's another story.

The interesting thing is that I put this label on my own forehead saying "I am not good at sports".
The label was so strong that I didn't do any sports until I was 30 years old. At that time my weight was around 125 kg and I had massive back problems, so something clearly needed to be done.

I started doing Shotokan Karate, and found, that not only was it fun, but I actually progressed like the others when I put in the effort it took. This removed the label completely and a whole series of doors opened. After 7 years of training I became a 2nd degree black belt. I started training Krav Maga (KMG) and took my expert level in that too. I became a certified StrongFirst Kettlebell instructor and I am now the danish representative and educator of the mobility system Ground Force Method, teaching people to move better. And, I have my own school, Copenhagen Selfdefence, where we are teaching people adults and kids to defend themselves using Krav Maga.

So the interesting thing here is not which labels you feel other people put on you, but which you put on yourself.

Taking them off is truly liberating. Maybe you don't have the talent to get good at something but having the will and putting the time into it will get you there anyway.
concom mindset